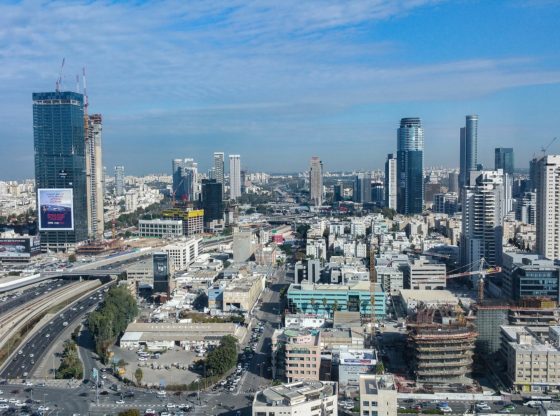 Cambridge Innovation Center (CIC), a company from Cambridge, Massachusetts, is actively seeking local real estate partners in Tel Aviv to open its first site in the country. Opening a location in Tel Aviv forms part of CIC’s global growth plan, according to its MD Stas Gayshan, who has visited the city frequently over the last few months.

While no project time-frame or financial details for the project have been leaked, Gayshan says they are coming to work along with the local ecosystem and aren’t arriving like aliens from Cambridge with all the answers. The company did reveal though that it is searching for office space spanning 12,000 square meters.

CIC, which was founded in 1999, offers co-working space, based on a monthly membership plan, which features super advanced technological and scientific infrastructures, such as robotic development hubs, biotech labs, and offices for entrepreneurs and startups.

CIC is already home to over 1,000 companies throughout 8 sites in Miami, Boston, St. Louis, Cambridge, as well as in Rotterdam in the Netherlands. In 2020, the company will open its next international location in Warsaw — a 145,000 sq ft. center. Since its launch, CIC has accommodated close to 5,000 startups, including corporations such as Google, Twitter, Apple, Shell, Amazon, Facebook, Boeing, and Hubspot.

CIC recently confirmed that real estate development corp., HB Reavis, had given the company a $58 Million in equity investment. CIC said the funds will be used to expand its establishment of tech and science innovation hubs worldwide. Planned localities include Providence, Dublin, Tokyo, and Philadelphia. Gayshan said CIC also plans to have a presence set up in 50 of the world’s most pioneering cities.

According to the MD the most impact on creating jobs and on changing the economy is through companies that are a maximum of five years old and newer. For a viable lasting economy you also need to provide incentives for the formation of new businesses. The fact that Israel is continuously creating new jobs is what makes it so vibrant.